This is a new Page that I added during the significant Revamp that I did to the WD Website(s) in early Autumn 2018. Quite often I arrange 'Meet ups' where a few of us get together and this is a superb opportunity to meet some similarly minded Investors/Traders and of course to get to meet people in The Real World that you may know from Twitter. In addition to this once a Year we have been doing the 'WheelieBash' which for the last 2 years has taken place just outside Windsor (this is where I live so I appreciate that People make a lot of effort to come to my Manor and Thank You hugely for doing that) and I hope that this will be a regular feature in future Years as it has turned out to be a really worthwhile Event to organise (and it's a bloody good giggle !!).

In addition to these I usually attend the Major Investing Shows like Master Investor in Islington and/or UK Investor in Westminster and some other stuff that comes up. I am a Wheelchair User and getting in and out of London is not hugely easy for me so I am pretty selective about what I go to and often I just go to socialise with People I know through years of Investing and/or from Twitter etc.

And of course there are loads of excellent Events going on like those organised by ShareSoc, Mello and piworld.co.uk and where I think these could be useful for Readers I will flag them up here and I won't bother putting up the kind of Events which are really just Rampathons and trying to extract Money from Newbies who know no better. Anyway, this is the sort of stuff that will appear on this Page and I will obviously flag ones I am going to attend myself because I know many Readers like the chance to have a chat with me in Real Life and to buy me a Beer !!

This took place on the 7th September 2019 in the usual Pub which is The White Hart at Winkfield near Windsor and you can see it here:

A rough estimate is that 45 people turned up and we were yet again very lucky with the weather and apart from perhaps 30 minutes or so where we had to dive indoors due to a brief shower, we managed to enjoy the garden all afternoon and in the evening a hardcore of Bashers stayed til very late in the evening (and some were a bit worse for wear I would suggest !!).

Many thanks to all who attended and I hope you enjoyed the event and no doubt we will be doing a similar Bash in 2020 !! Below are some pics of the day. 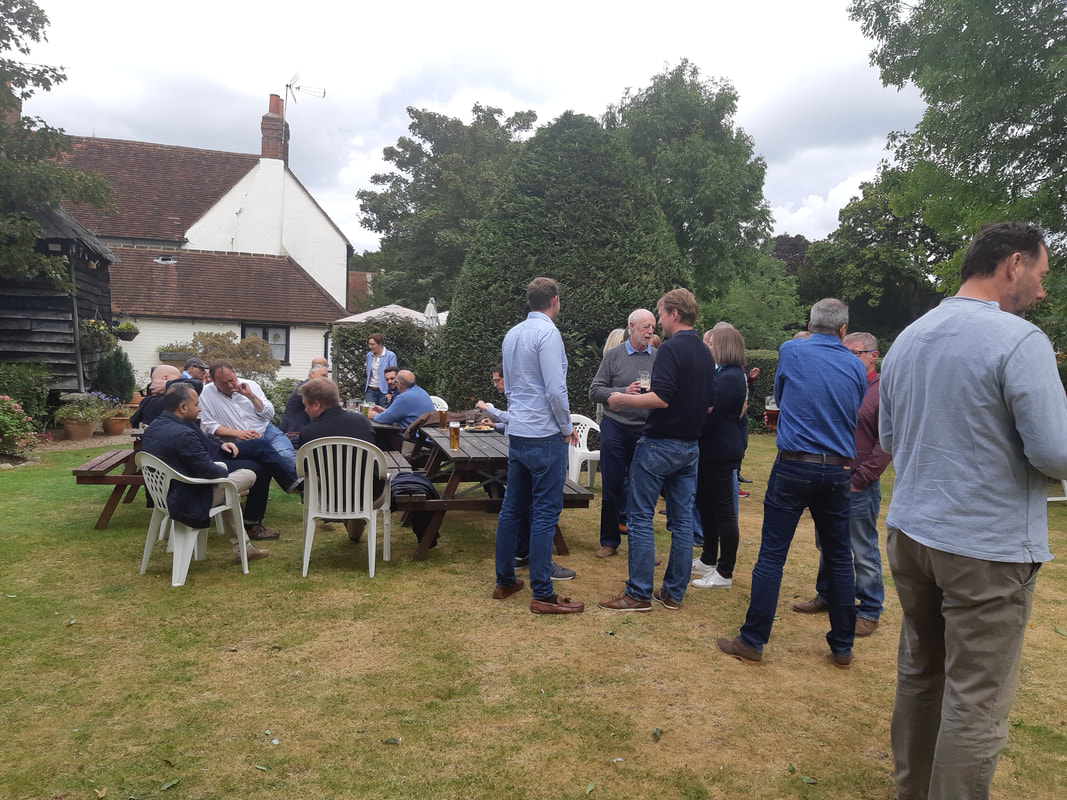 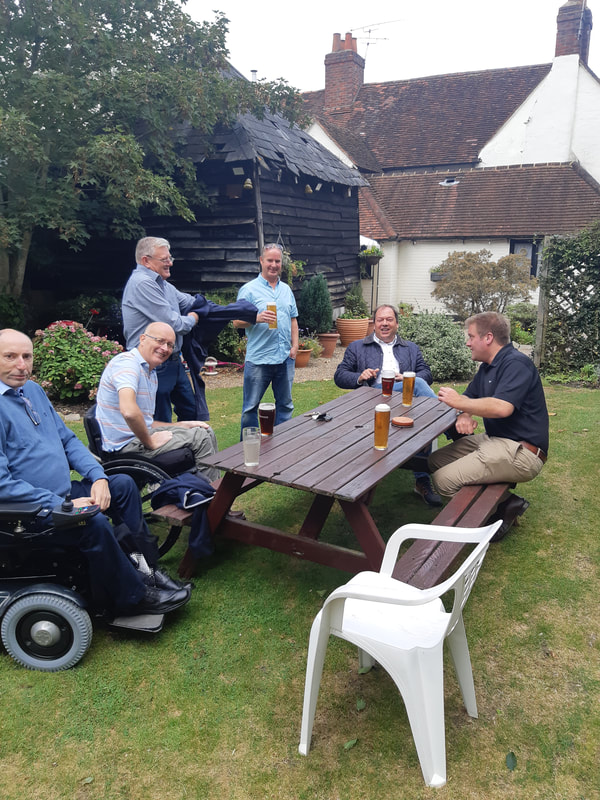 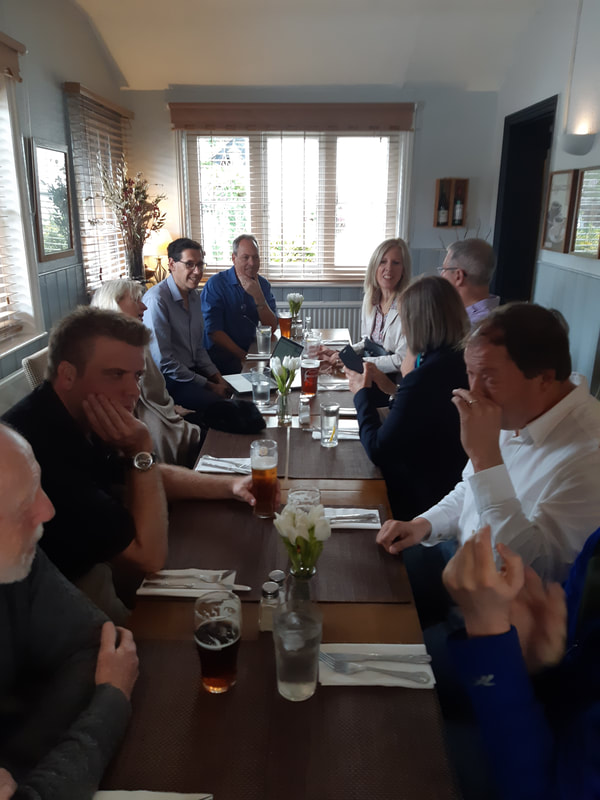 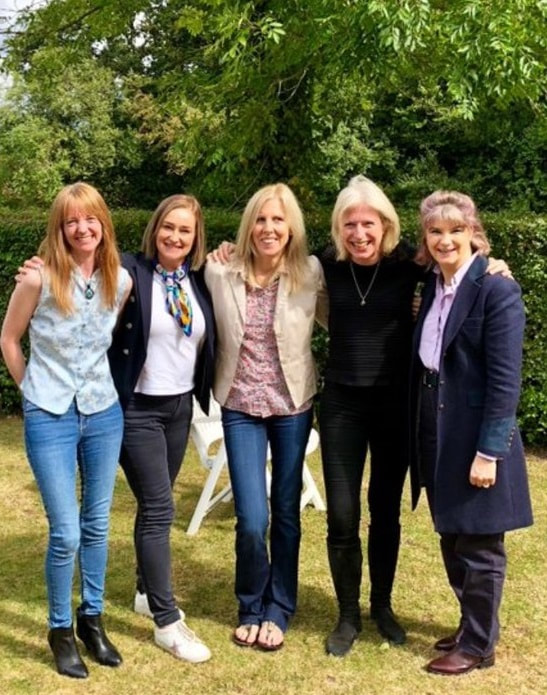 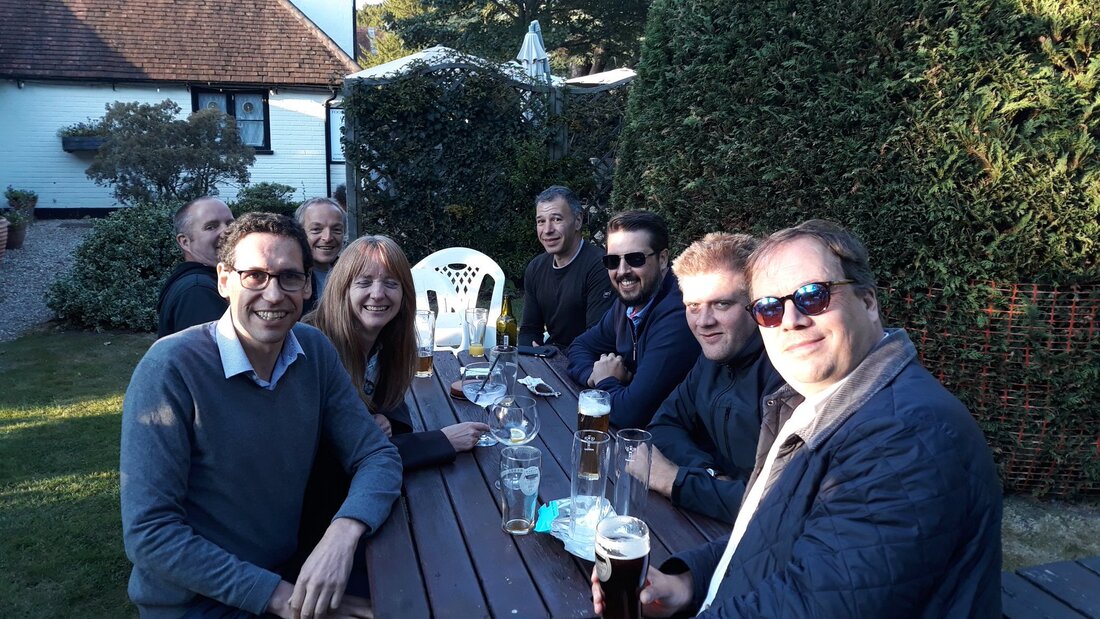 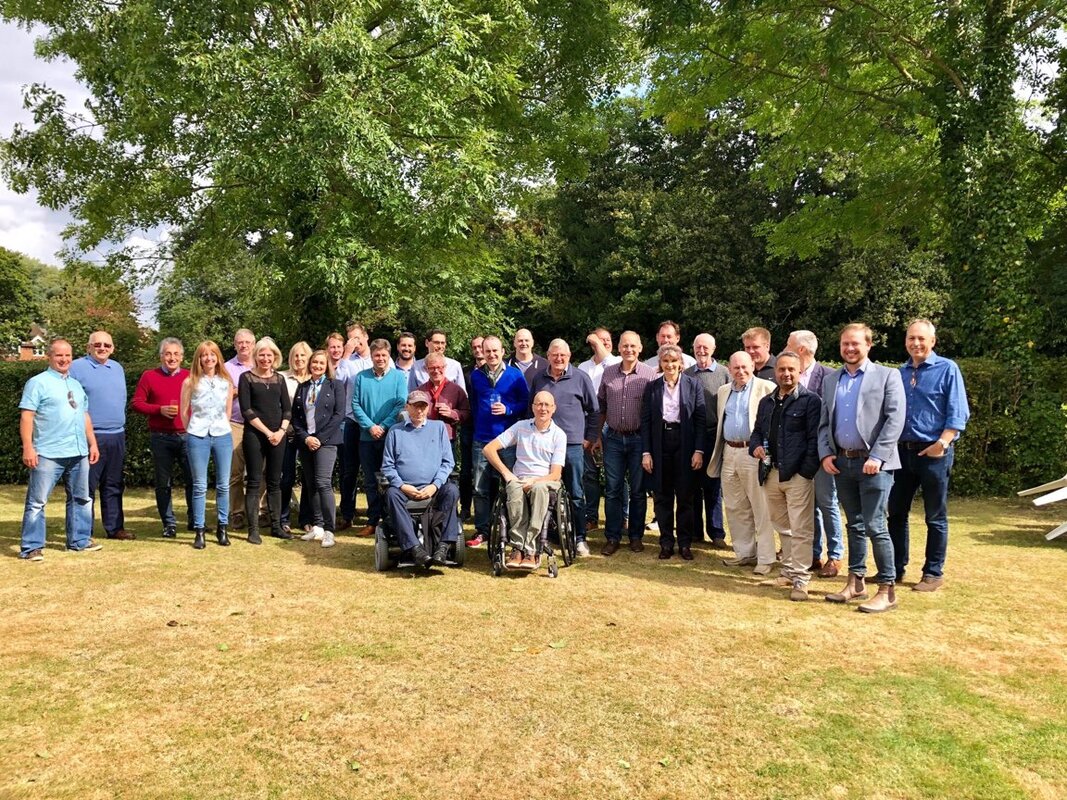 A small group of us met up at the National Heritage Motor Museum in Gaydon (just below Birmingham on the M40) in July 2019 along the lines of a similar thing we did at Duxford Aerodrome in Summer 2018 - although a definite improvement on our plan was a visit to a nearby Pub afterwards !! Just below you should find a few Pictures from the day. You can find more details about the Museum here and it is well worth a visit: 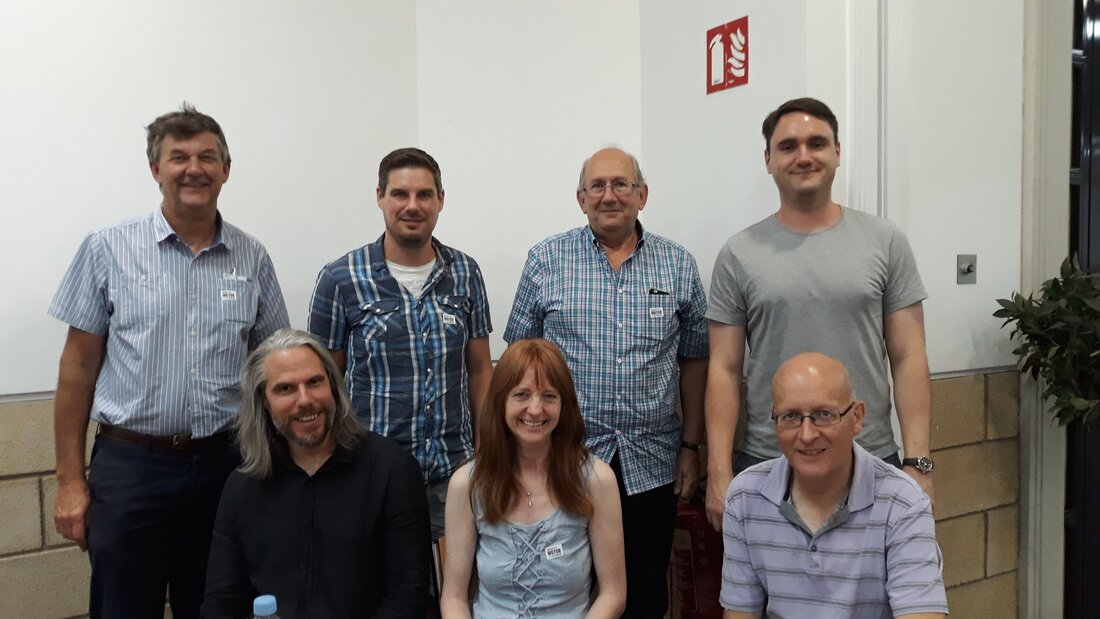 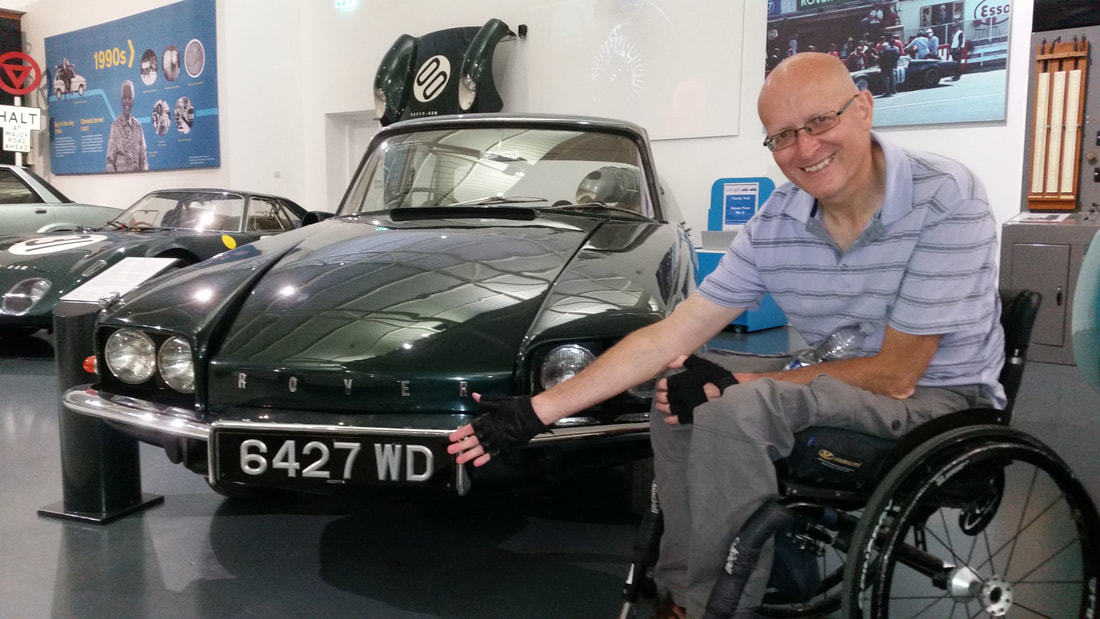 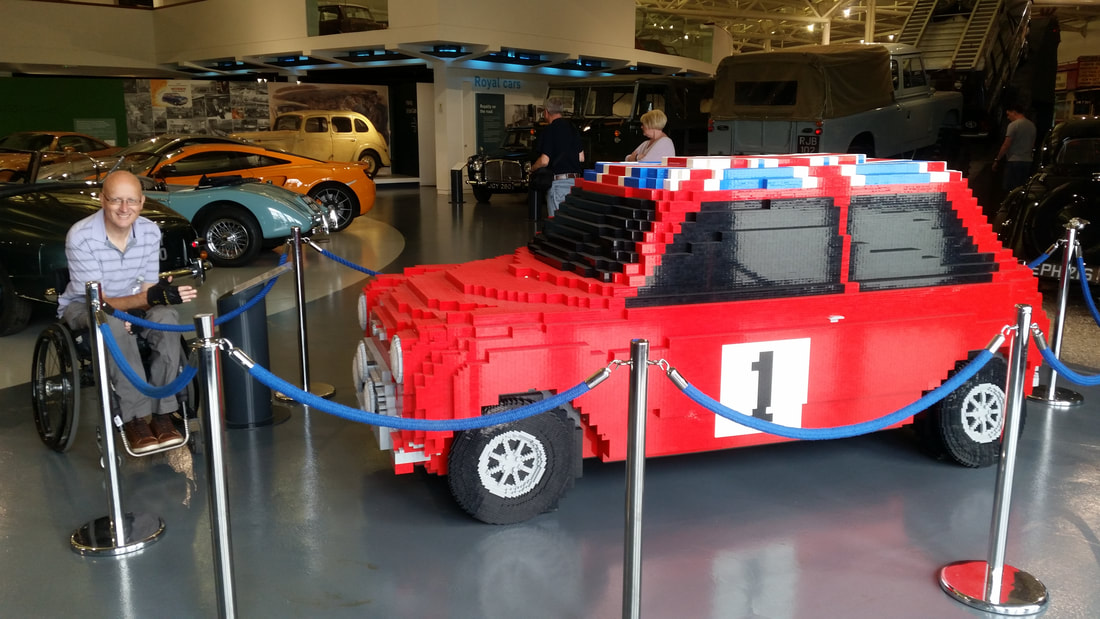 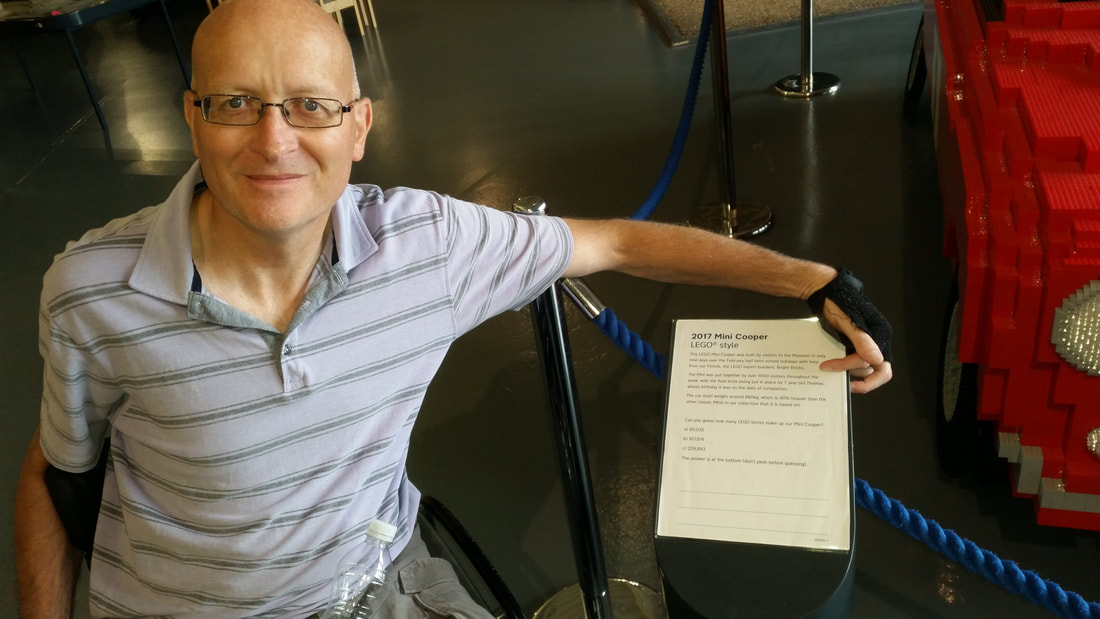 'WheelieBash' 2016
This is the only photographic evidence of the original restricted gathering that inspired the full-on WheelieBash - clearly we were too focused on Booze and Food to worry about minor details like taking pics. Big thanks to Steve Holdsworth (@sholdsworth1963) for taking this historical record and many of the images from later 'Bashes'. 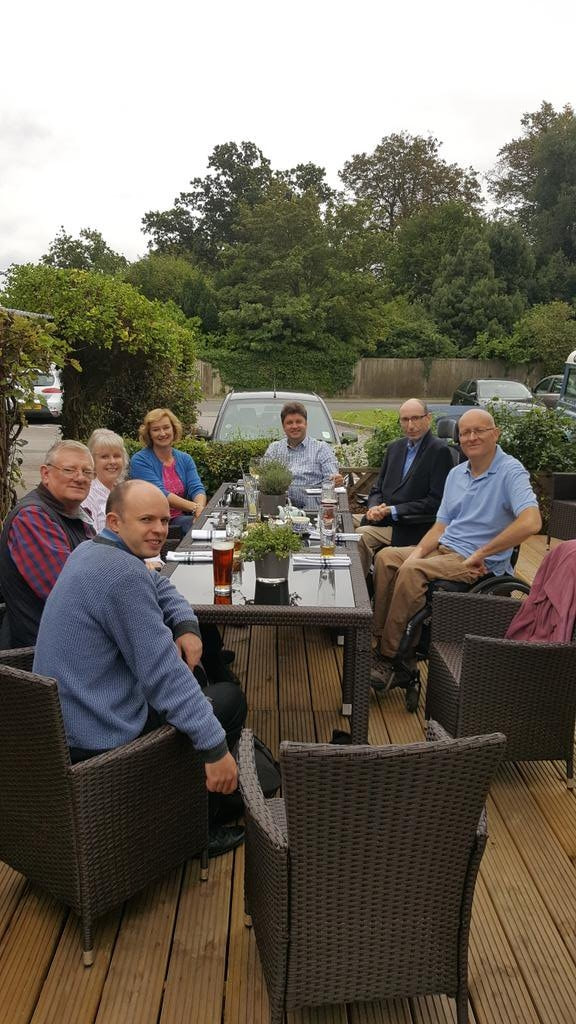 WheelieBash 2017
In September 2017 we held the first 'Official' WheelieBash where we opened it up to anyone and everyone who wanted to come along (we had done a more restricted one by 'Invitation Only' where we tested the concept before we had realised how well it could work !!) and the response was simply fantastic and through the day we got just over 30 People turn up and they came from anywhere and everywhere - I think the record either went to the Top Geezer who travelled from Budapest or it might of been the Excellent Trader who was living in Frankfurt at the time !! We held it at 'The White Hart' Pub in Winkfield near Windsor (just around the corner from Legoland) and we had pretty good weather so we managed to get outside in the afternoon which took advantage of the vast Beer Garden that the White Hart has. Anyway, here are some pics of the Event: 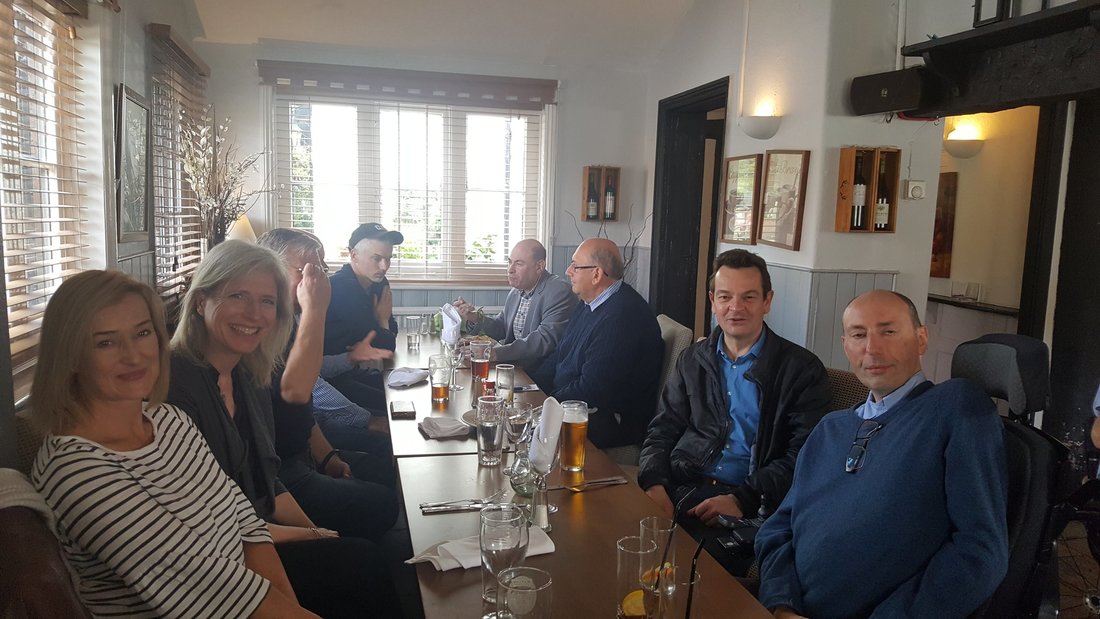 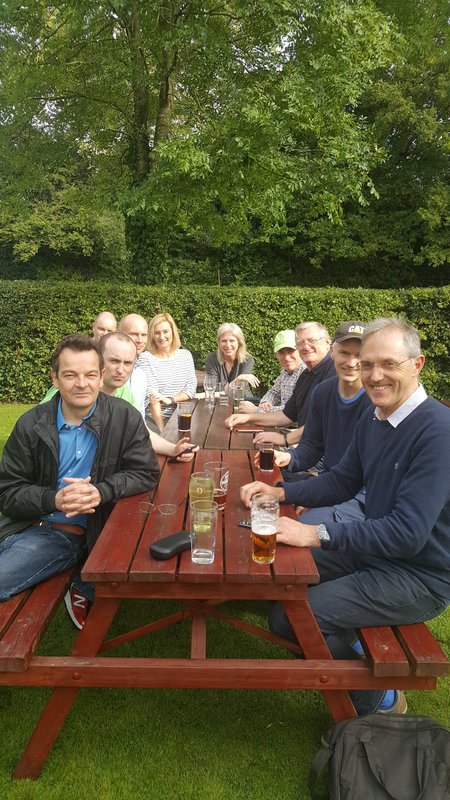 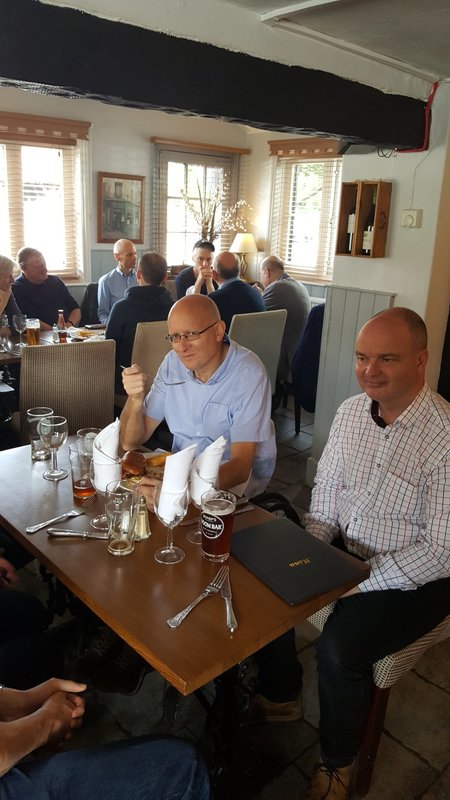 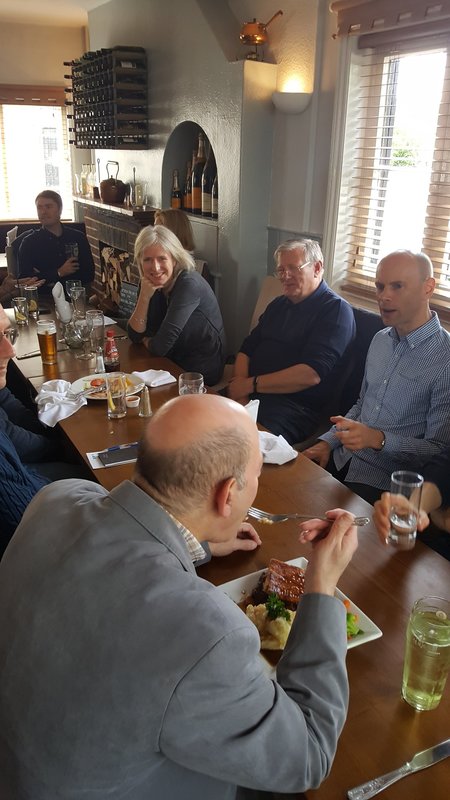 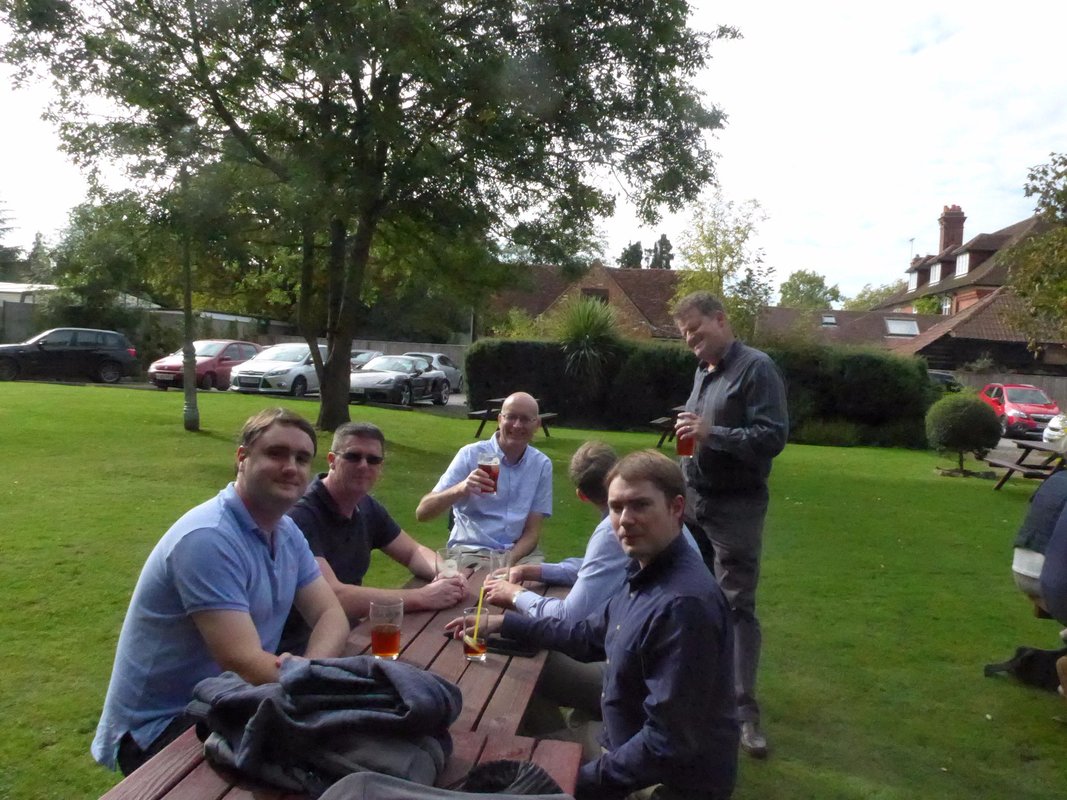 WheelieBash 2018
At the time of typing these words we have just held the 2nd of the 'full on' WheelieBashes and this was a stonking success. Again we held it in September but we just got so, so, lucky with the weather and this meant we could stay out in the Garden pretty much all day and it was only later on that a smaller group of us was left and we retired to the Bar for more food and of course more booze !! We got 40 People this year and I had a chat with the Landlord of the White Hart, Phil, and he reckons he could cope with 55 so that has to be the target for next year's Event - get it in your Diary now (OK, I have no idea when it will be but most likely a Saturday in September so block out the whole month in your Diary !!).

There is no charge to attend these Events and they have proved to be extremely sociable and everyone just gets along and I guess it is one of those 'common endeavour', 'shared interests' kind of things. There is a range of ages and experience with Stocks and I think they are a cracking opportunity particularly for newer Investors/Traders to meet some extremely successful (and wealthy !!) people who really know the best ways to exploit the Markets. I think there are plenty of Conferences and Seminars and stuff which often have a social 'Bar' bit at the end which is the fun part, but what seems to make the WheelieBash work is that we have cut out any sense of 'work' or effort and the format is totally relaxed and easy going and just about having fun with some mates. 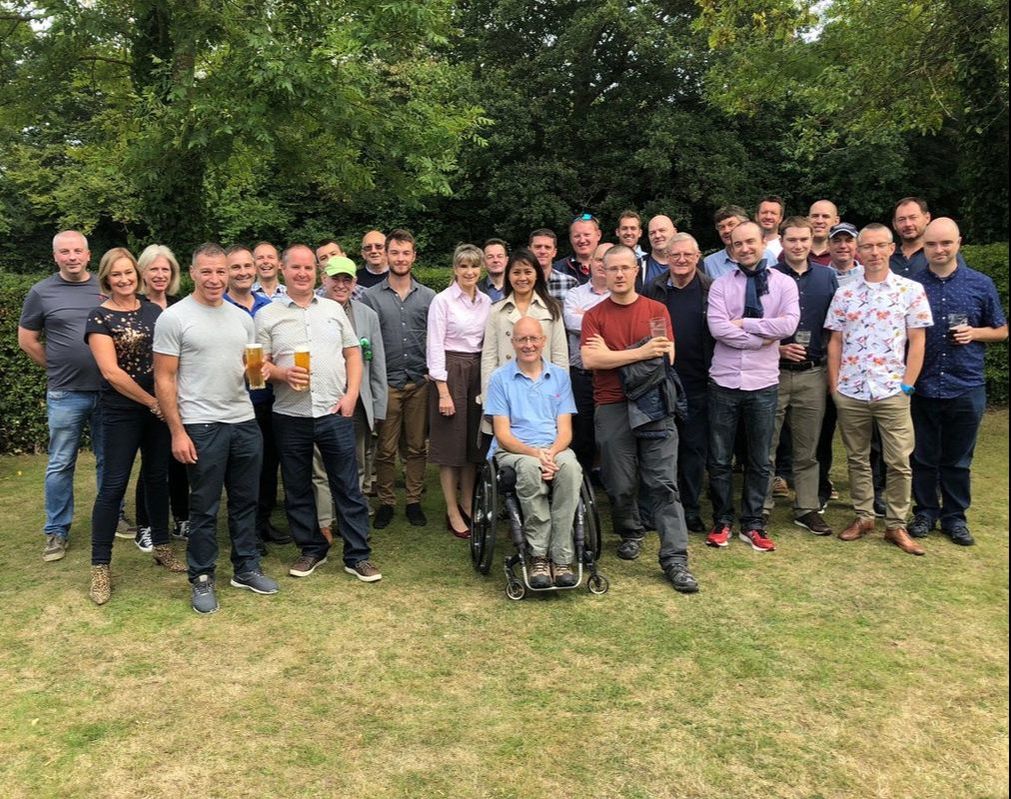 A couple of Investing Legends below..... 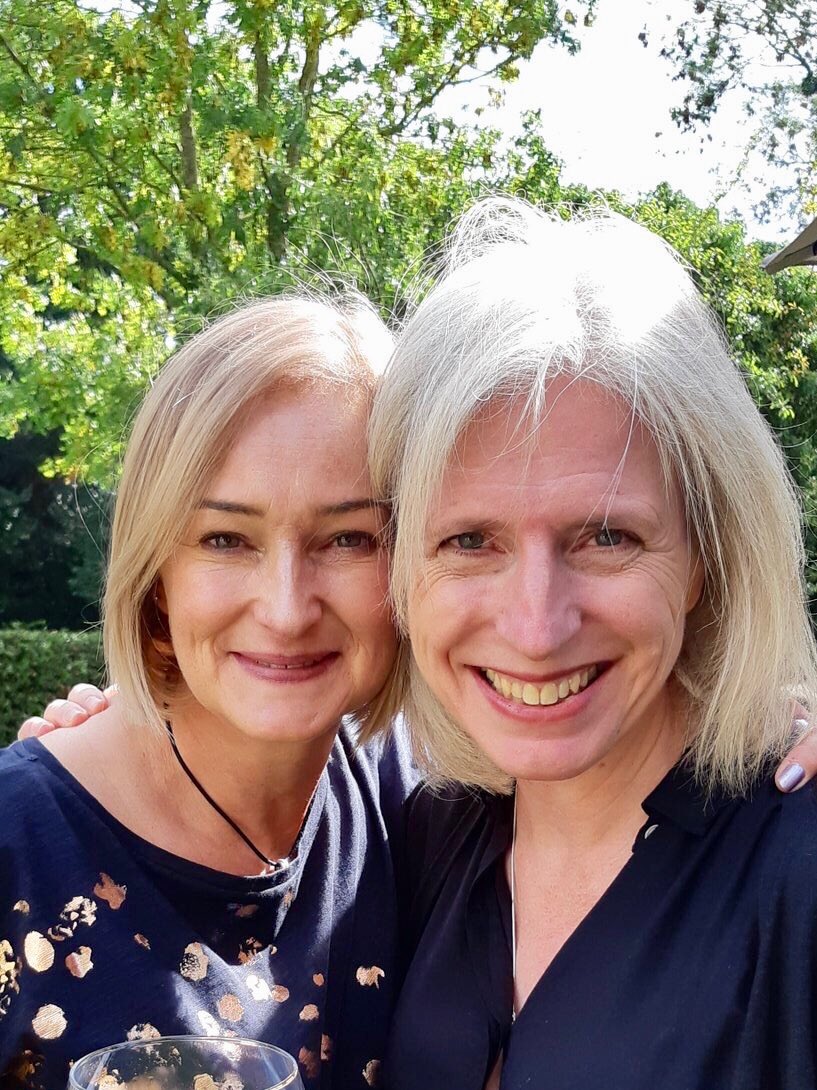 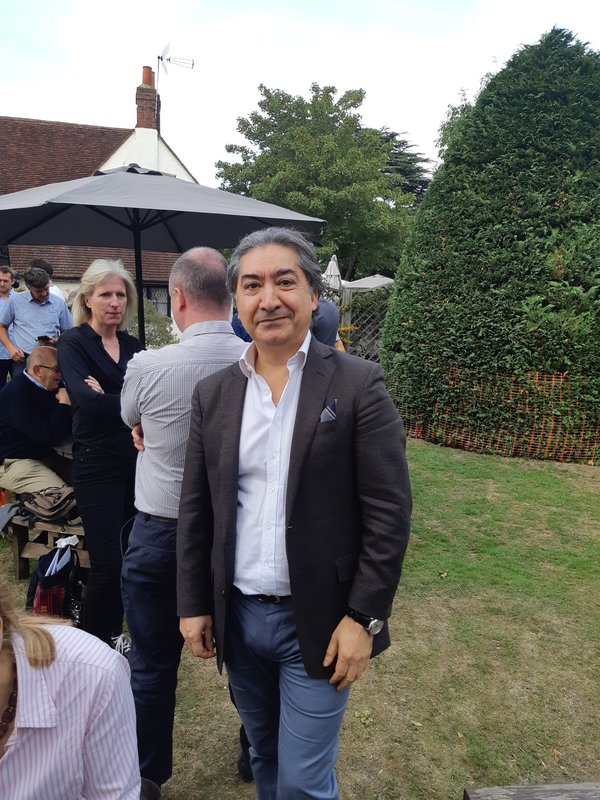 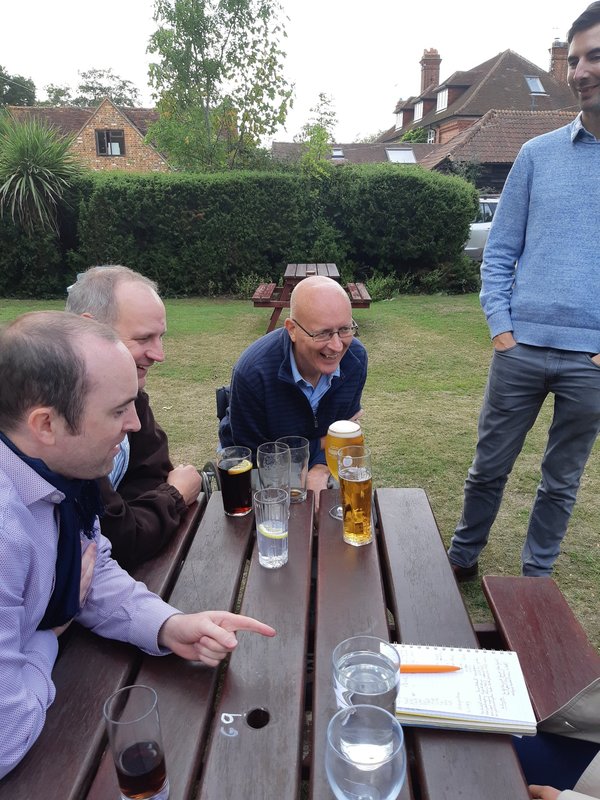 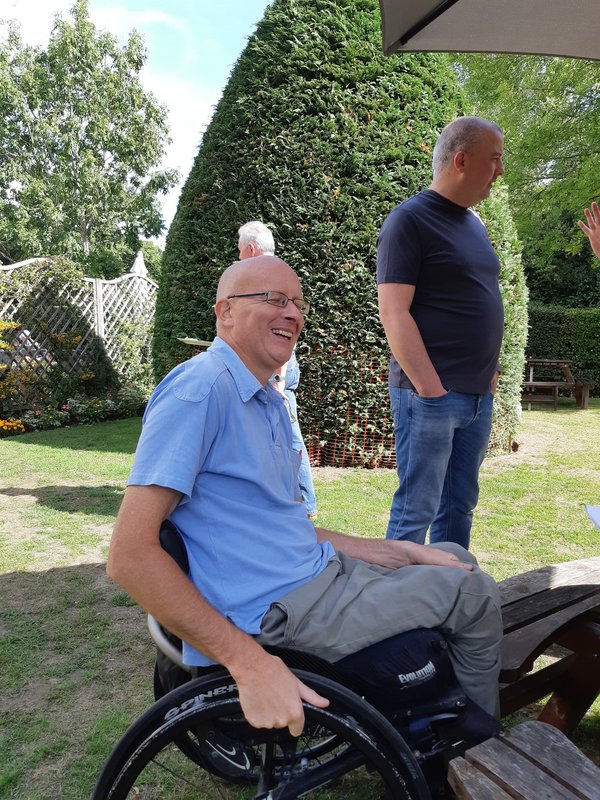 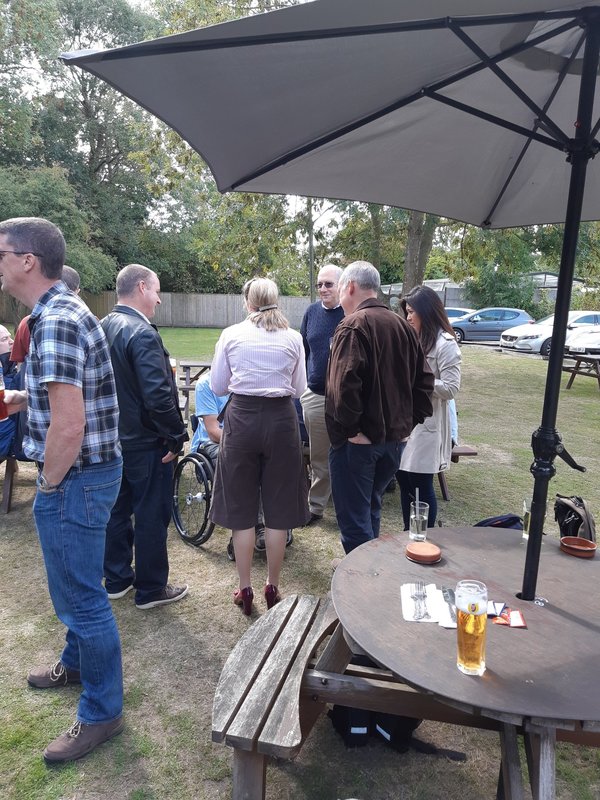 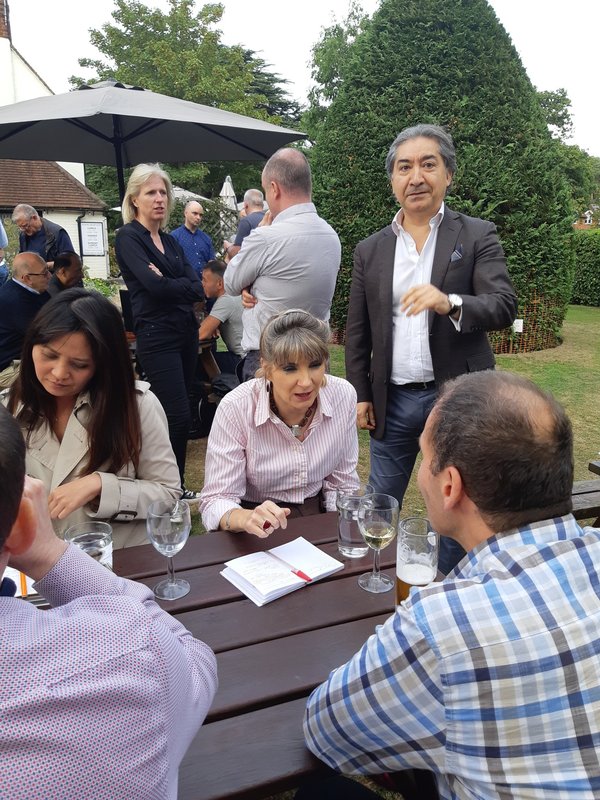 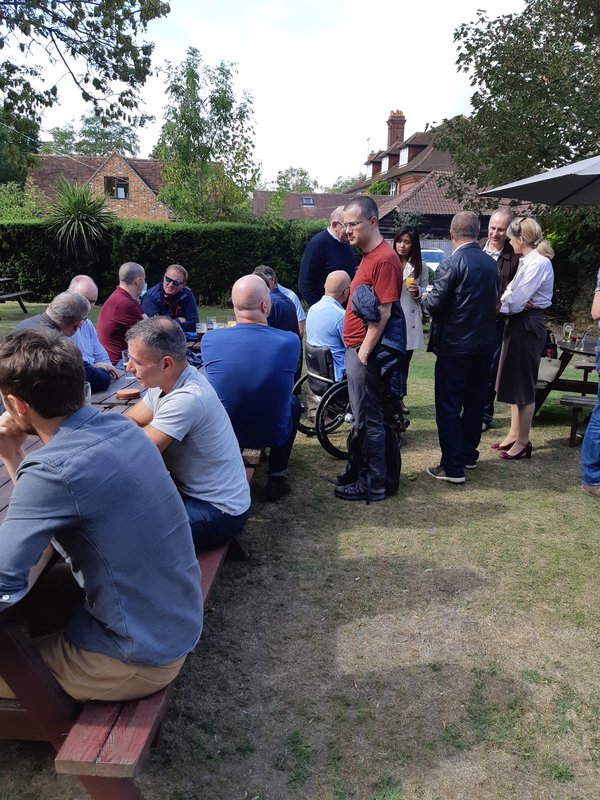 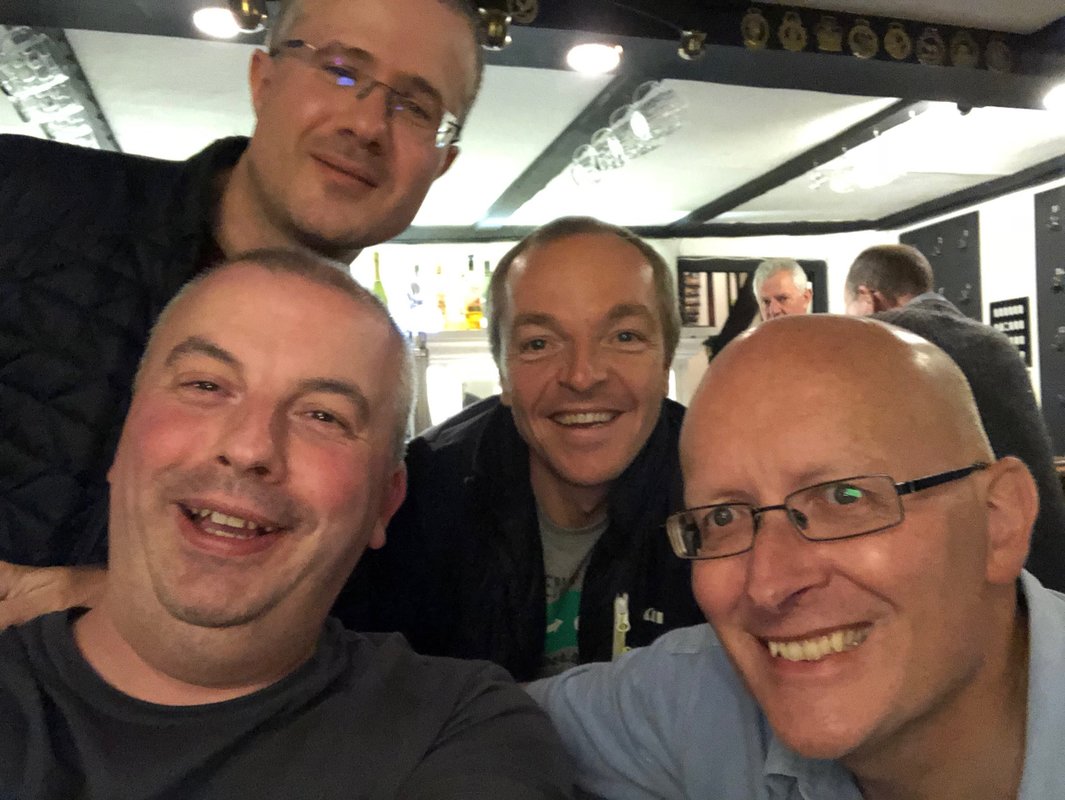 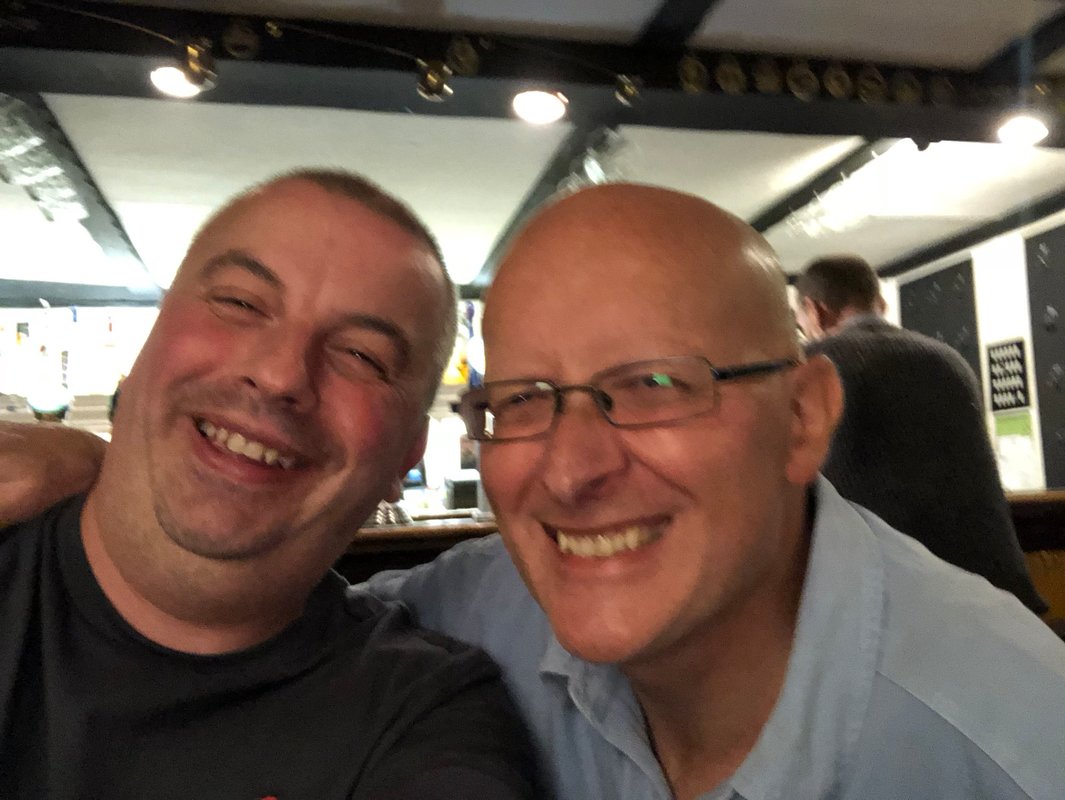